#1 Way to Change Your Reality

Until recently, I believed that my life would be pretty much routine and there wasn’t much I could really do about it at this point/age. Then, as I got closer and closer to age 50, I started paying attention to and learning about new things that made me question that belief. I now believe that my own success and happiness are totally within my control and I can change my circumstances, even change my reality, AND make these changes at age 50 (or 45 or 55 or 60, etc.)!

Why did my beliefs change?

You’ll find several different models out there explaining why we think what we think and why we believe what we believe and why we do what we do – but I believe it comes down to this:

What we believe will ultimately cause us to think certain things or a certain way, which will in turn affect our behaviors and directly create our reality.

And the good thing is that we have the power to totally change all of this! Yes – you can change your beliefs, your thoughts, your behaviors, and even your reality!

“Beliefs have the power to create and the power to destroy. Human beings have the awesome ability to take any experience of their lives and create a meaning that disempowers them or one that can literally save their lives.” — Tony Robbins

In order to have a positive outlook, it makes sense that your beliefs should be positive, right? Well, as we know, life is not all good and peachy. All of those life experiences and challenges (and the fact that the human brain was created a zillion years ago) end up creating beliefs that “protect” us or hold us back, rather than “propel” us forward. It’s actually proven that our brains remember the negative experiences more so than the positive. (It’s called the Negative Bias.)

That’s why we often struggle with limiting beliefs.

So, what exactly are limiting beliefs?

These are things you believe that keep you from taking action, taking risks, making change, speaking your mind, asking for what you want/need, etc.

These beliefs limit your opportunity to grow, to change, to improve, and even to be happy. 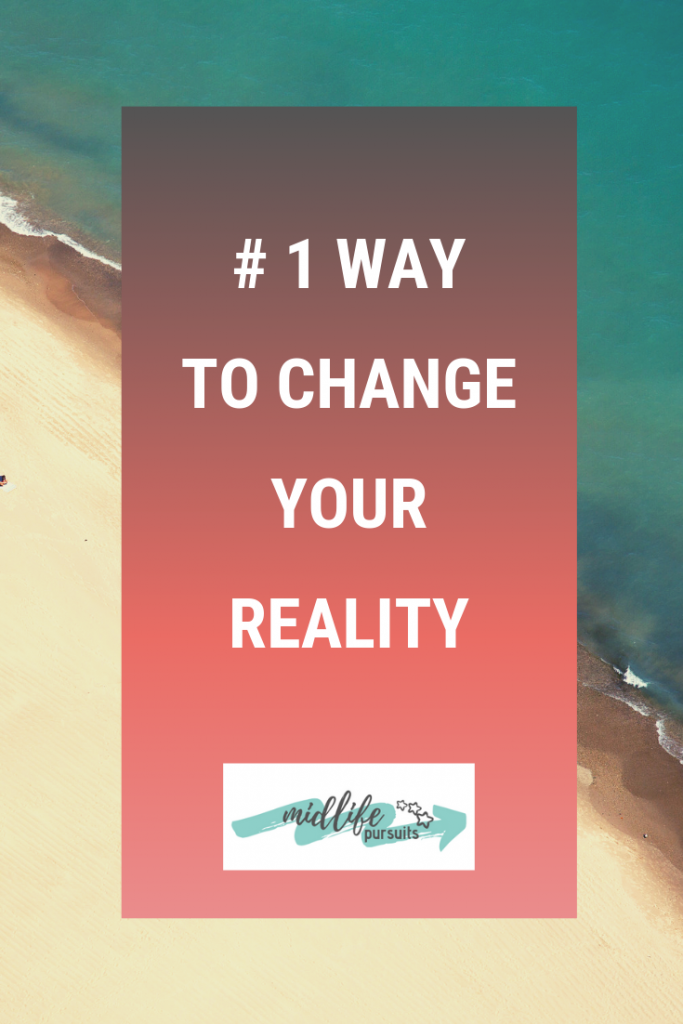 Consider if you believed the OPPOSITE – that it will be easy, you will be able to make time, you will love the new job, people will think your ideas are amazing, etc.

AND also add to those beliefs a CORE belief that no matter what happens, the experience will be positive, because you will do your best, stretch your mind, experience new things, meet new people, etc.

If you BELIEVE that no matter what happens, it will be a positive experience or at least have some positive aspects, then your thoughts and behaviors will reflect that belief.

Because of limiting beliefs, for years I defaulted to thoughts like these:

I know I could go on and on and probably come up with several, or even many, more. But, I’m also feeling pretty good as I make this list because I don’t really struggle with these as much anymore. So, I guess this means that my beliefs have changed. Pretty cool, huh?

Changing these beliefs wasn’t something that I intentionally tried to do. For me, it came about gradually. It CAN, however, happen more quickly. YAY!

HOW TO CHANGE YOUR BELIEFS

Think about some things that are challenging in your life or what you are struggling with.

What are the beliefs that contribute to these challenges?

For example:
One of my challenges was around not speaking up and sharing my ideas at work.

We may have a core belief that something is hard (like change, success, making more money, etc.).

If we change our beliefs to the exact opposite, then we make decisions based on these beliefs, and our actions will lead to an outcome that proves that belief.

So, if I changed my beliefs to:
1. My opinions and ideas matter.
2. It doesn’t matter if people judge me.

(PLUS add in that all experiences and events can be positive or have a positive aspect.)

THEN, it is much more likely that I will share my thoughts/ideas in a group meeting.

AND, the more often that I voice my opinions and share my ideas, the easier it will become.

AND, my reality can even change – my idea could be so well accepted that I am offered a promotion at work or I might get some awesome feedback from a co-worker that increases my confidence and leads to a new project which could lead to a bonus or a raise.

There are several ways to change our thoughts which will lead to a change in belief. Most of them are things that I’ve talked about on the blog previously, and some are new. 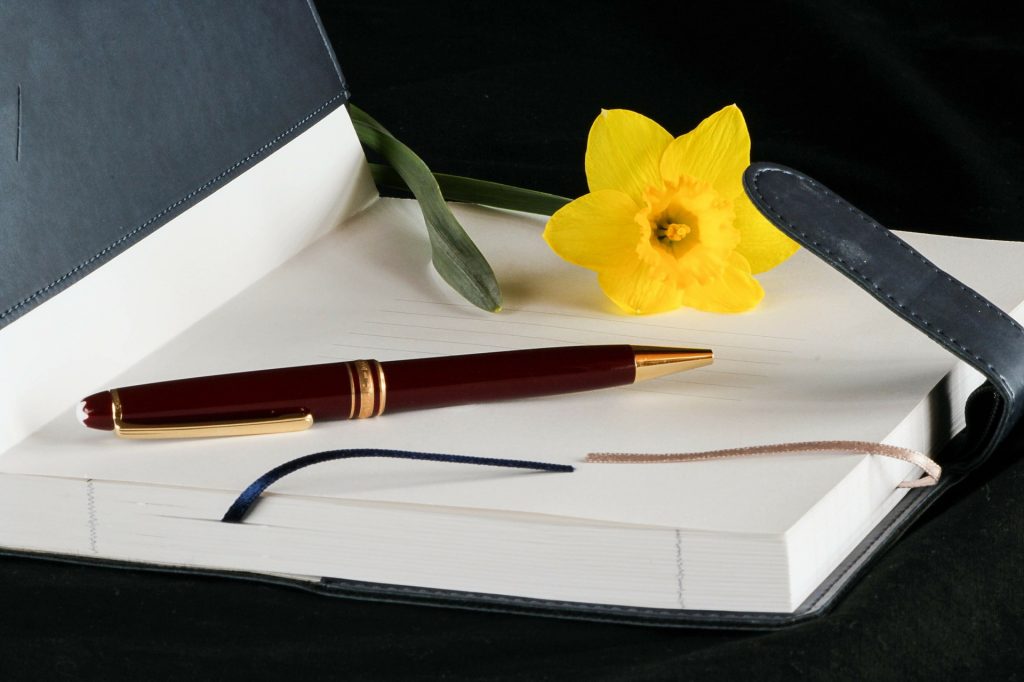 Set an Intention to Create a New Belief

What belief would serve you better? In my case, my intention could be “I choose to believe that I am valuable in this world.”

With that intention in mind as a guide, practice these activities to help instill the new belief.

Sit down and think about (and write…of course) the answer to these questions:

Where did I learn this belief? How did it come about?

How would my life be different if I didn’t have this belief?

Affirmations are “statements said with confidence about a perceived truth. An affirmation can work, because it has the ability to program your mind into believing the stated concept. This is because the mind doesn’t know the difference between what is real or fantasy” (Psychology Today). (This article is a MUST read for tips on how to make affirmations work for you.)

During your meditation, you can repeat your affirmations. Or, you can search meditation apps for a guided meditation with a particular focus, such as confidence, acceptance, or happiness, which can reinforce your new beliefs. As I’ve mentioned before, I use the Insight Timer app, but there are many others that are equally helpful.

For me, this is HUGE. Mindfulness means “maintaining a moment-by-moment awareness of our thoughts, feelings, bodily sensations, and surrounding environment, through a gentle, nurturing lens… also involves acceptance, meaning that we pay attention to our thoughts and feelings without judging them” (Greater Good Science Center).

When we practice mindfulness, we can notice when our thoughts are based on those old limiting beliefs and then gently refocus towards thoughts that are based on our new beliefs.

Practicing all of these things together can quickly lead to a change in our beliefs – we can go from limiting beliefs to encouraging beliefs.

When our beliefs are encouraging, there is no stopping us in our midlife pursuits!

I’m on a roll and feeling great! How about you join me? Are you ready to change your reality?

Important Questions Before Starting Your Vision Board

The Best Planner for Women in Midlife

Simple strategies for loving yourself like you love others 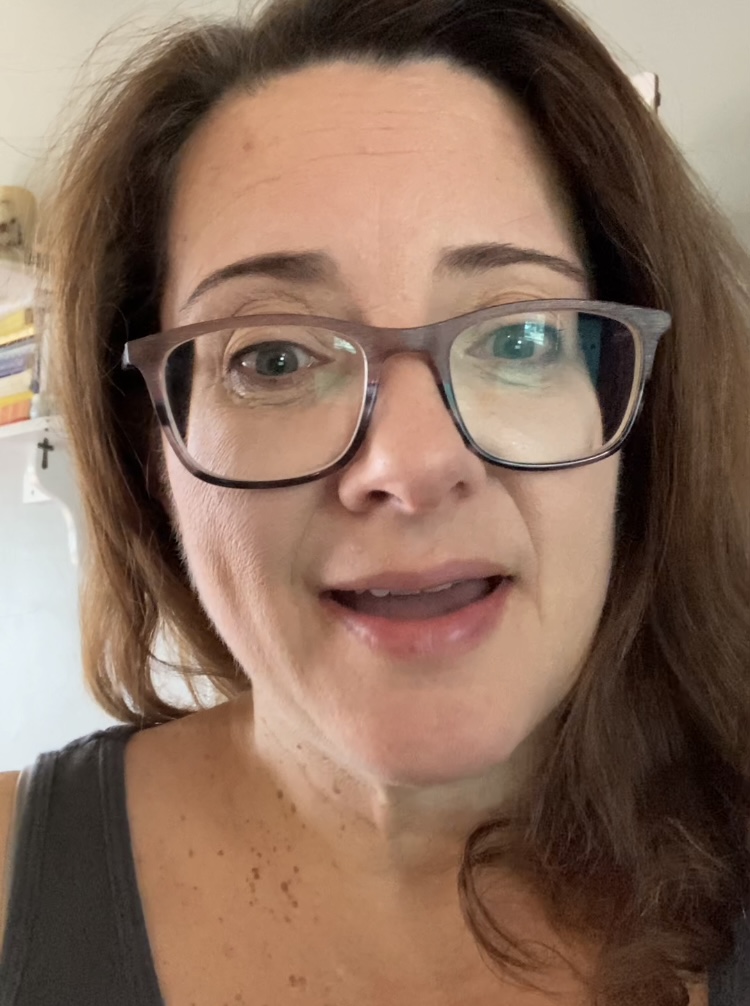 Hi! I'm Lisa! I’m taking on midlife with INTENTION! I’m here to help you FEEL BETTER so you can too!